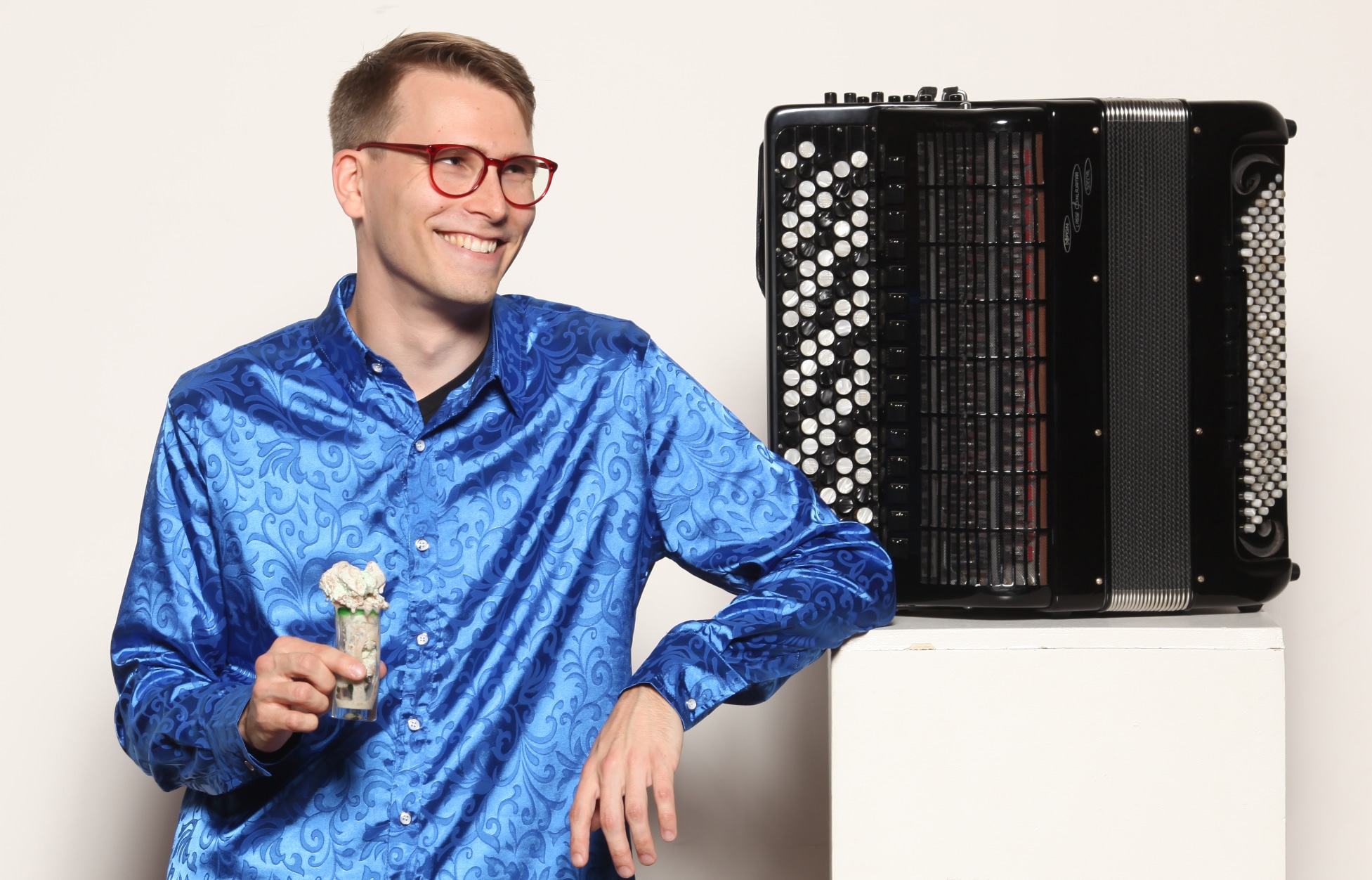 Matti Pulkki got his first accordion and began his music studies at the age of six in the small town of Joutseno in eastern Finland. He grew up immersed in traditional Finnish music, old dance tunes, virtuosic show-pieces and classical music, performing and competing with the accordion from an early age on. Later Matti proceeded to study with esteemed Finnish accordionist Matti Rantanen. Over the years, he participated in numerous international masterclasses and seminars. The interest to meet musicians and teachers around the world also led Matti to Canada for the first time in 2014 to study for a year with Joseph Macerollo. After multiple shorter visits for shows and concerts, Matti returned to Canada in 2019. Holding Bachelor’s and Master’s degrees in accordion performance from the Sibelius Academy of the University of the Arts Helsinki, Matti is currently pursuing a doctorate at the University of Toronto.

Matti has performed internationally with numerous ensembles and as a soloist. He has also been involved with multiple theater and opera productions both in Finland and Canada. Since his debut recital at the Helsinki Music Center in 2018, Matti has appeared at several international festivals. In his solo repertoire, Matti often concentrates on original classical contemporary works written for the free-bass accordion. Recently, he has been focusing on collaboration with composers to reimagine the possibilities of his instrument. Matti continuously premiers new solo and chamber works and holds lectures about the accordion for composition students in institutions around the world.

Outside the contemporary music scene, Matti eagerly arranges and performs music from a wide variety of styles and genres. His transcriptions of classical pieces range from Renaissance and Baroque keyboard music to twentieth-century pieces. Matti does not restrict himself to classical music, and can often be seen performing music from tangos and klezmer to folk music and jazz, and everything in between. Matti is the accordionist for the internationally renowned and critically acclaimed ensemble Quartetto Gelato.